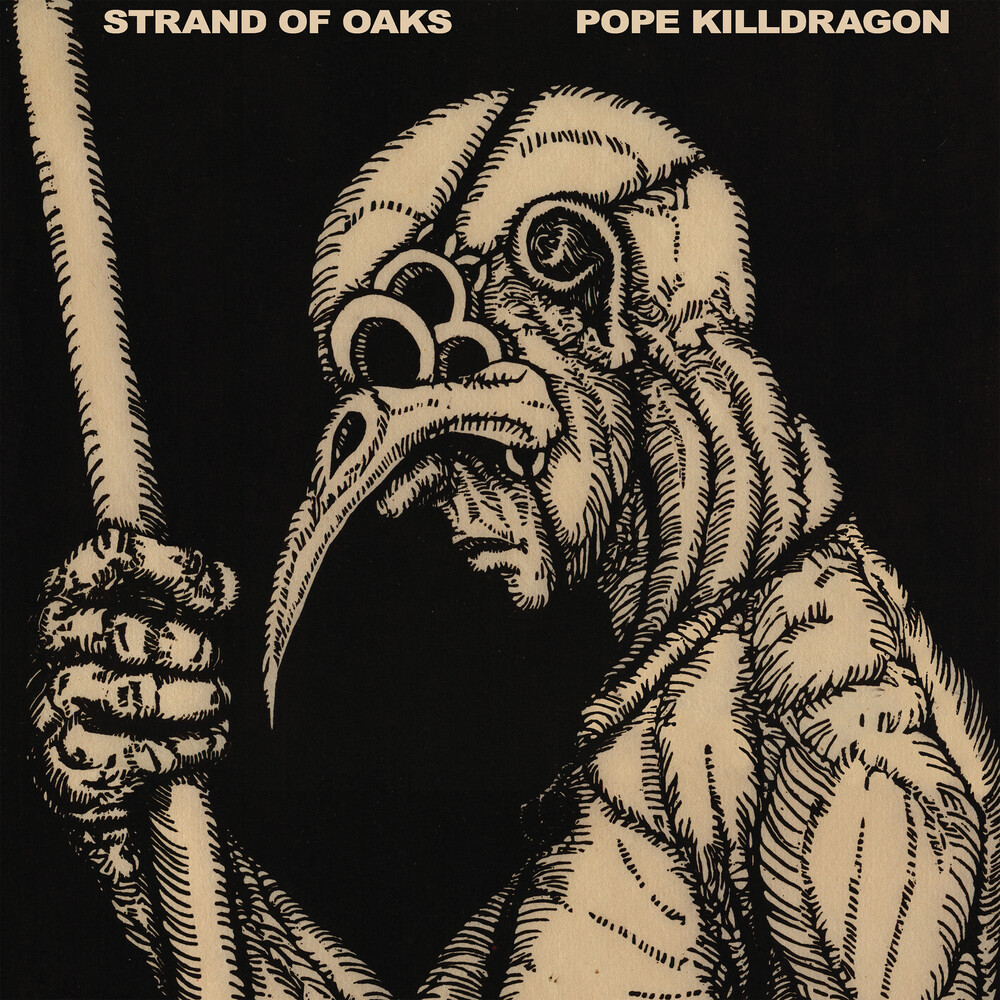 Timothy Showalter has a beard, an acoustic guitar, and a heartbreaking backstory- on the surface, the confessional singer-songwriter start-up kit. But he'd prefer not to talk about his heavy history even if it would make you root for him. For one thing, he'd rather not relive some of the personal tragedy (a bad breakup, a house fire) that inspired his debut, Leave Ruin. But it also would obscure the otherworldly mythology he creates on Pope Killdragon, an astoundingly original twist on the loner-folk template. He begins the mesmerizing "Sterling" like he's keeping an especially heavy secret, but Showalter is merely an observer and a confused one at that. If his lyrics are occasionally too loopy to pin down what it's "about, " they're perfectly suited for an unreliable narrator trying to piece together lost time. In the darkly comic "Daniel's Blues", he inhabits Dan Aykroyd, racked with depression after the death of John Belushi. I won't spoil the ending, but it's by far the most pathos-laden song ever to recall the decision to take a role in Ghostbusters. Meanwhile, the spare "Alex Kona" is the stuff of Mastodon epics- 12-foot monsters, sermons from the mount, mothers wailing in the streets- and to drive that point home, it's immediately followed by "Giant's Despair", an honest-to-god doom-metal instrumental. Those are the attention-grabbing tactics, but Pope Killdragon maintains these strange juxtapositions throughout: historical fact with whimsical fiction, a mournful delivery of absurd lyrics, an odd allure to the bifurcated sonics where synths sidle up with acoustic guitars. It's easy to envision the "next Bon Iver!" plaudits- Showalter looks and sounds the part, but that would miss the deeper commonality. Auto-Tune, Gayngs, rolling spliffs with Rick Ross- Justin Vernon has made the most of the spotlight by cutting against an image that requires him to continually hurt harder than others. Similarly, Pope Killdragon's playfulness and sense of humor allow it a broader range of emotion than the typical sadsack folkie. Showalter did a good deal of bloodletting on Leave Ruin, and now Strand of Oaks' horizons are limited only by his fantastical imagination. - Ian Cohen, Pitchfork, September 10, 2010
back to top